There is an interesting story in the ancient Hindu manuscripts about the origin of Garlic. It is said that when Lord Garuda, the giant eagle and personal carrier of Lord Vishnu, ran away after snatching the pot of “nectar – the elixir of life” from the hands of Lord Indra, the king of Heaven, some drops of nectar spilled from the pot and fell in the Himalayan region of the earth. The place where the spilled drops of nectar had fallen, a small plant grew in which all the divine properties of the nectar were found and it was named as “Rason”. The name “Rason” means King of Rasas as this plant possessed five out of six tastes (Rasa). It is also believed to such an extent that this Rason possesses wonder properties to magically correct all physiological malfunctionings of the human body. This Rason is also known as Lahsun in hindi, Garlic in English, Allium sativum in Latin, which is used worldwide as a natural medicine as well as a taste builder for food items.
Throughout recorded history, garlic has played rich and diverse commercial, culinary, literary, and mythical roles. Balkans rubbed garlic on doorknobs and window frames to discourage vampires from haunting them, and they hung garlic on doors and windows so that nobody would take milk from their cows and the families would be safe from witches. In other parts of Europe, fisherman and seamen wore cloves of garlic to protect themselves from evil spirits and diseases, and mothers hung garlic on children to protect them from the demons of sickness. Garlic is mentioned in the hieroglyphs, and has been found in the graves of the Egyptian Pharaohs. Garlic was grown in the hanging gardens of Babylon, and the Romans were given garlic to strengthen them before battle. The soldiers munched the garlic as a snack, and named it "the stinking rose". The Vikings ate large quantities of garlic before setting out on plundering expeditions, to boost their spirits and energy. The slaves building the Cheops pyramid approximately 5,800 years ago are said to have gone on strike when they weren't given their ration of garlic.
There are 62 varieties of Garlic found on this earth.
Garlic, Allium Sativum, is one of the most potent herbs that is palatable and has abundant medicinal properties.
According to Ayurveda, garlic consumption has shown an increase level of energy, endurance and a health management technique of preventing diseases or assisting a cure.
Garlic historically has been prepared and administered in numerous ways. The tradition continues today where garlic is ingested raw, pickled, cooked, or as a commercially prepared supplement. Garlic is a real nutritional supplement, which besides containing 20 percent each of fixed oil & carbohydrates, is also rich in calcium, potassium and phosphorus besides possessing traces of iodine, sulphur, iron, chlorine, protein, alkaloid, Vit-B1, Vit-C, riboflavin etc.. Garlic also possesses a chemical constituent Allicin, as its active principle that has been found to be a strong 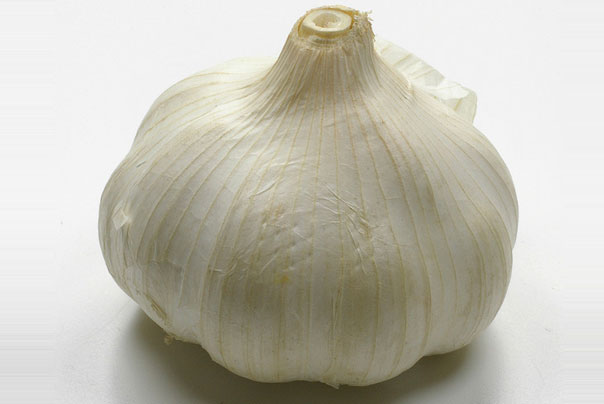 We know that cholesterol lowering drugs have their side effects so isn’t it better taking something that is all natural instead of a pill which could potentially give you “n” number of side effects – and that too further requires medication? Himalayan Wonder Garlic is a natural cholesterol lowering herb. It lowers your cholesterol to a level which you have never experienced before.
Unlike other processed garlic in the forms of capsules, pills, powder, soft gelcaps or even oily concentrates; Himalayan Wonder Garlic comes in the hard shelled, naturally encapsulated form where wholesome goodness and therapeutic virtues of garlic are naturally preserved and maintain a higher content of its natural properties than any other form of garlic.
Why Himalayan Wonder Garlic?
Himalayan Wonder Garlic comes in the hard shelled, naturally encapsulated form without any preservatives, artificial colouring, and synthetic chemicals. It is naturally embedded with the wholesome goodness of the Himalayas. Himalayan Wonder Garlic is not your ordinary garlic as it is only found in the Himalayas and is then hand-picked from these natural surfaces.
Himalayan Wonder Garlic is grown on abundant fertile himalayan soil sustained by melting glaciers. Snow covered mountains, natural landscapes, clear sky, lovely glaciers and the crystal clear rivers are the terms associated with the Himalayas and this wonder herb is successfully cultivated only in the pollution-free environment, free from pesticides, in the Himalayas. And, we all know the complications that pesticides have on our lives. They have been proven to be a cause for cancer. Due to the high altitudes and geographical situation the soil, air, and water are naturally organic. In ancient days, mountaineers use to gulp Himalayan Wonder Garlic to raise their energy level, keeping peripheral circulations intact, increasing oxygenation capacity and detoxifying the body in extreme cold weather.
Regular intake of Himalayan Wonder Garlic helps in better breathing process and improves lungs activity, especially if you are asthmatic or suffer from bronchitis. It also helps in improving your overall body immune system and you will start experiencing better health by not falling sick as often as one use to and, most importantly, you realise endless amount of natural energy inside you which will boost your daily routine and helps you in living a healthier life.
Himalayan Wonder Garlic also contains a substance that functions in the same way as Vitamin E, which is known to improve blood circulation, to cleanse the blood, to increase red corpuscles, and to refresh cells by promoting the circulation of oxygen throughout the body, by its antioxidant activity. It also activates the cells of the liver and protects the liver from toxic substances; rejuvenates a tired liver and promotes its normal functioning. Himalayan Wonder Garlic stabilizes blood pressure, stimulates the nervous system and controls the workings of the heart at a constant level.
Himalayan Wonder Garlic also promotes the secretion of gastric juices by stimulating the mucous membranes of the stomach. It combines with proteins, which can reduce excessive stomach activity. It also activates the large intestine helping in both constipation and diarrhea.
How Himalayan Wonder Garlic is Cultivated?
• Seeding of Plant in September
• Every 3 days, soil surface has to be cleared of snow.
• Temperature is -4° Celsius to -10° Celsius.
• Plant continues to grow up to March the following year
• In December when the temperature drops to -10° Celsius and below, an additional bulb appears and grows at the centre of the stem of the Garlic Plant
• Plant is harvested in April or May.
• Each plant has about 20 -30 bulbs in the soil and only 3-4 bulbs in the middle of the plant
General Observation about Himalayan Wonder Garlic
Himalayan Wonder Garlic is the most unique and rare herb on earth as it can only be grown successfully into a full plant in the snowy Himalayan region at 11,000 feet above sea level and where oxygen is bare minimum. This wonder herb - Himalayan Wonder Garlic has the ability to survive in very little oxygen and in extremely cold climate up to -10°C. When spring arrives, the melting snow provided more than adequate water for enhanced plant maturity. Thus, the garlic bulb contains water/liquid from the Himalayan snow in its purest natural form.
Himalayan Wonder Garlic is observed to be a very efficient vessel dilator for improved blood vessel health and performance for human vital senses and organs because of its ability to increase plant vessel capillary action viz. to transport soil nutrients to the top most part of the plant for maximum growth. There is hardly any other form of Garlic that can withstand such test of time like the Himalayan Wonder Garlic, as this is a unique & rare example of Indian Spiritual wisdom combined with proven scientific basis.
Method of administration: Break the hard shell of Himalayan Wonder Garlic and peel off the epicarpium (the brown outer covering of the garlic bud) before intake. Himalayan Wonder Garlic can be taken regularly for as long as desired.
Himalayan Wonder Garlic in Home Remedies
Regular Health Maintenance: 2 to 3 buds a day before breakfast
Hypertension: 2 buds in the morning before breakfast and 2 bulbs before retiring to bed
Joint Pains, Rheumatism & Arthritis: 4 buds in the morning before breakfast.
Chronic Influenza (to prevent & during) - 2 buds before breakfast
Acute symptoms of Flu: 4 buds crushed and boiled in milk, to be taken in the morning with breakfast and similarly 4 buds before retiring.
Cholesterol (to avoid): 2 buds in the morning before breakfast.
Cholesterol (existing sufferers): 4 buds in the morning and 2 before retiring.
Endurance: 2 buds in the morning and 2 buds before retiring. A total of 8-10 buds in split doses (morning and evening) may be taken for increased night activity.